At a 1998 meeting of the Historical Commission of the Polish Air Force Association in Great Britain, which was held under the chairmanship of gen. pil. Tadeusz Andersz, at the suggestion
To search the List type in one or more of the following: airman’s name, service number, date or place of birth/death, unit number, rank, etc. read more... 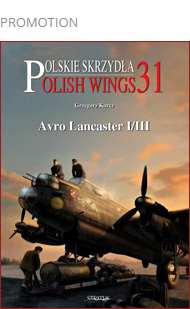 t a 1998 meeting of the Historical Commission of the Polish Air Force Association in Great Britain, which was held under the chairmanship of gen. pil. Tadeusz Andersz, at the suggestion of płk. pil. Stanisław Wandzilak, it was decided to prepare a complete list of the personnel of the Polish Air Force in Great Britain. Płk. Wandzilak previously obtained permission from the British Ministry of Defence Records Office (RAF) in Hayes for making available to the Association the four census roll books of all ranks of Polish personnel recorded in RAF service number order. Following further discussion, the proposal of płk. Wandzilak was approved, and Anna Krzystek was chosen as the person responsible for entering the more than 17,000 names on the computer. The books made available by the British were handwritten, with different handwriting, and often difficult to read. 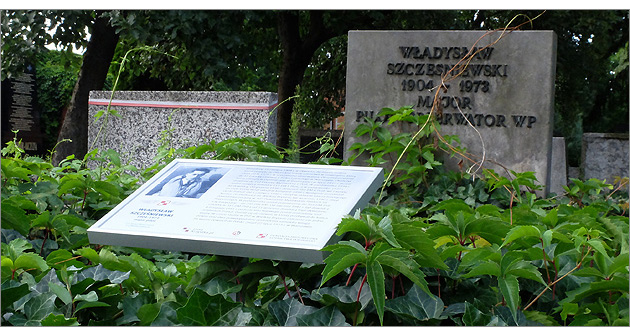 Anna Krzystek’s task took almost four years to complete. It was only in 2002, after many attempts at alphabetical order and deletion of duplicate names with the same dates of birth, but saved under different service numbers, was it possible to determine the exact number of Polish airmen serving during the War in Great Britain. This number was reduced from the original 17,600 to 16,868. With the help of Mrs. J. Hawran, the director of the Polish section of the MoD in Hayes, and the commitment of her Polish staff, Anna was able to enter missing data: Polish and English ranks and trades of individual airmen. With the knowledge of the Historical Committee of the Association, Tadeusz Krzystek printed the final version as List of personnel of the Polish Air Force. In 2003, he brought several copies with him to Warsaw for the World Convention of Polish Airmen, where the List aroused great interest among the Convention participants. It was decided, therefore, to expand the current version by adding to each name information about the place or country in which the airman settled after 1947, as well as the date of death and place of burial, if they were known.

Retired, in a secluded Penrhos, North Wales, Tadeusz Krzystek passionately devoted all his spare time to updating the List, often late into the night, searching through books. Here, living in peace, he finished his work “Polish Air Force in Great Britain in the Years 1940-1947”.

Although the work of Anna and Tadeusz Krzystek is known among historians and aviation enthusiasts as the “Krzystek’s List”, really it is a work of many people. Invaluable contributions were made particularly by Mrs. Danuta Sławińska from the Polish Air Force Association in Great Britain and Mrs. Małgorzata Goddard and Mrs. Barbara Kroll from the Polish section of the Ministry of Defence archives.

At present the List contains 17,137 names (the original document was supplemented with soldiers who served in the PAF, for example, in the Inspectorate, but who were never formally admitted to the RAF and airmen transferred e.g. to the Army shortly after admission to PAF), 6,267 (36%) photos. Place of birth was established for 15,046 (87%) of the PAF members. The List contain also information about decorations awarded to airmen during their service in Polish Air Force in Great Britain as: Order of Virtuti Militari (VM), Cross of Valour (KW), Cross of Merit (KZ), Air Force Medal (ML), Wounds and Injuries Badge (ODRK) and British, i.a. Distinguished Flying Cross and Distinguished Flying Medal. Missing information will also be gradually included.

List of the Polish volunteers who served in Women’s Auxiliary Air Force (Pomocnicza Lotnicza Służba Kobiet) is an integral part of the Krzystek’s List at present. Contain next 1,311 names.

All texts published on the web page, except Tadeusz Krzystek’s biography, were taken from the last edition of the book „Polskie Siły Powietrzne w Wielkiej Brytanii w latach 1940-1947”.

e was born on 10 April 1919 in Lutynia Dolna, Zaolzie, which at that time was called Niemiecka. His adventure with aviation was inspired by the achievements of Polish airmen, when Jerzy Bajan won the Challenge competition organized by the Aero Club of Poland in 1934. Two years later he completed his first gliding course in Goleszów near Cieszyn.   read more…

he Polish Air Force in the West was formed with airmen who, after the September 1939 defeat, by various routes through Romania, Hungary, Yugoslavia, Greece and Syria, got through to France. Once there, a significant number – about 9,000 – of the Polish Air Force airmen was organized under the command of the Commander in Chief, gen. Władysław Sikorski. When in May 1940 the Germans attacked France, due to various organizational difficulties, only 174 pilots out of about a thousand Polish pilots flew operationally. Nevertheless, they achieved 52 air-to-air victories and probably another 10. After the fall of France, about 6,200 PAF airmen were evacuated to the UK. Earlier yet, at the end of 1939 and beginning of 1940, about 2,300 flying and ground personnel were transferred to the four established Polish bomber squadrons. At the end of 1940, the PAF in the Great Britain exceeded 8,000 personnel.   read more…