In early 1943, the Polish Air Force Command received a message that in the Middle East along with gen. Anders 2nd Corps had arrived about 1,500 boys aged 15 years (actually 12 to 16 years).

n early 1943, the Polish Air Force Command received a message that in the Middle East along with gen. Anders 2nd Corps had arrived about 1,500 boys aged 15 years (actually 12 to 16 years). Many of them were orphans who lost their parents in Soviet Russia in exile or in prison camps. Gen. Stanisław Karpiński submitted a plan to organize an air force technical school for teenagers, which would be the nucleus of such schools after returning to a free Poland. Commander-in-Chief, gen. Sikorski, gave his consent, and ordered him to make arrangements with the British authorities.

The opening of schools project was received favorably and the Air Ministry proposed establishing Polish schools in Heliopolis (Cairo, Egypt) for 200 boys and in England at RAF Station Halton for another 300. From among the boys, after the initial training, 100 would be transferred to RAF Station Cranwell. In the spring of 1943 in the Middle East a commission was formed whose task was to perform an initial exam and health check of candidates for these schools. Candidates were teenage volunteers from all schools in the Middle East. It was agreed that future schools will include boys in age from 13 to 18 years. Those older than 18 years were assigned to serve in the Polish Air Force in Britain. About 200 selected candidates were grouped in Heliopolis in the No. 1 AATS Approximately 250 selected candidates were transported by sea via Madagascar, Cape Town to Liverpool and No. 2 AATS in Great Britain. 1943 was still a period when German submarines prowled all seas, but the transport of teenagers successfully arrived in England. Not always, however was it like this. The ship “Empress of Canada”, transporting volunteers for the Polish Air Force, when passing by Durban on March 13, 1942, was torpedoed by an Italian submarine. All of the passengers were saved by a British destroyer except for about 300 Italian prisoners of war on the lowest deck. What an irony! Survivors were transported via Freetown, Sierra Leone, to England.

n 1942, during a difficult period for refugees evacuated from the Soviet Union in the Middle East, gen. Anders cared for the young people, and formed numerous units for teenagers where they obtained an education and upbringing. And so with general education and professional schools in Palestine and Egypt, in Heliopolis, Cairo, were grouped nearly 200 teenagers transferred from different camps. It was at the beginning a mechanical air force school which transformed by the end of 1943 into the Air Apprentice Technical School. On 17 November 1943, the statute for No. 1 Air Apprentice Technical School in Heliopolis was created. The Commandant of the school was mjr eng. Stanisław Olszewski who had the help of about 50 officers and non-commissioned technical and administrative staff. In 1944, the school was moved under command of the Polish Air Force in Great Britain.

The school’s goal was to train new technical personnel, as well as get the boys ready for the final examinations of the Polish educational system. The prior objective was to prepare for air force three-level practical exams: firstly to become “Flight-mechanic”, then “Fitters I” and “Fitters II”. They acquired skills in three main categories: the construction and maintenance of engines, airframes and instruments. The next step in the education program was to prepare them for courses designed for technical officers, which were held in Gosford. Almost 200 young people had obtained academic and vocational knowledge in that school. Unfortunately, the end of the war put a stop to this learning. In 1946, the school was moved to the UK and upon arrival ceased to exist as a whole. With the creation of the Polish Resettlement Corps the former U/Ts were dispersed to British units across England. Some were posted to maintenance units, while others to RAF squadrons. After the transition to civilian life the majority of them settled in the UK. Some emigrated, mainly to Argentina, Canada and the United States, while a small percentage returned to Poland. In 1977, the Association of Air Force School Heliopolis was founded, uniting former U/Ts of the school. The Association works with fraternal organizations, actively takes part in the work of the Council of Cadet and Military Schools and organizes periodic reunions for teachers and U/Ts. All members of the Association are also members of PAFA.

n 12 August 1943, 246 teenage boys arrived in Liverpool and the next day were billeted at RAF Station Halton. Halton and Cranwell were two locations where the No. 2 (Polish) Air Apprentice Technical School had its facilities. The Commander of the school in Halton was mjr pil. Henryk Wirszyłło and directors of training were mjr Stanisław Sosin and por. eng. Michał Stopa. At Cranwell school commanders were por. eng. Mieczysław Wielobób, followed by kpt. eng. Kazimierz Gierżod. The technical instructors and administrative staff of No. 2 School was composed of about 60 officers and NCOs.

In the beginning work was focused on bringing the teenagers up to the required level in general knowledge. On 4 January 1944, 100 boys transferred to RAF Station Cranwel for specialized training in communications and radar. At the same time, the ranks of RAF Station Halton were reinforced by 39 in a new group, which came from the Polish civilian camps in Africa. At Halton classes were divided into the five ground crew categories: aircraft instruments technicians, electricians, armourers, engines and aircraft fitters. In both Halton and Cranwell Polish boys were part of a much larger group of the Royal Air Force cadets. Thanks to the hospitality of British families, at least twice a year all the U/Ts in Halton and Cranwell spent short breaks in their homes. These holidays greatly improved their knowledge of the English language, which itself was very important, because final exams were held in English, while classes were held in Polish.

On 17 March 1947, all the school staff had to sign a two-year contract and join the Polish Resettlement Corps RAF (PLKPR), with the same salary as in active service and the right to leave school to look for work. The Polish instructors who had left were replaced with English ones. In Halton a group numbering 136 U/Ts passed final exams in July 1947 and a second group in March 1948. The Air Apprentice Technical School at Halton was disbanded on March 11, 1948. In Cranwell, U/Ts were divided into three groups: the first completed training in September 1947, the second in November 1947, and the third in July 1948. Pupils in Halton and Cranwell, who had completed school with positive results obtained vocational diplomas approved by the Central Trade Test Board and graduation certificates from the Polish Ministry of Education. After graduation, about 35% of the graduates in Cranwell, and about 50% in Halton signed a contract for a five-year service career in the Royal Air Force. The other students settled in Britain or emigrated to various countries of the world. A negligible number returned to Poland. In 1977 the Association of the Air Apprentice Technical School (Halton – Cranwell) was founded. The Association takes part in the work of the Council of Cadets and Military Schools, cooperates with the fraternal organizations and organizes periodic reunions. 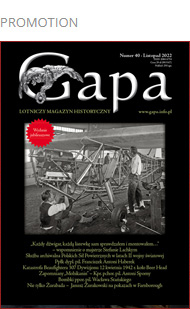